CTS 2010 is the standard prescribed by the RBI recently for cheques issued by all banks in the country. CTS stands for Cheque Truncation System and essentially means that instead of sending the cheque in physical form by the collecting bank to the paying bank, an electronic image of the cheque is transmitted to the drawee branch for payment through the clearing house, thereby eliminating the cumbersome physical presentation of the cheque to the paying bank, thus saving in time and costs involved in traditional clearing system.

This was introduced as a pilot project in the National Capital Region in 2008 and in Chennai from September 2011. Based on the experience gained and the benefits that will accrue to both banks and customers, it is decided to operationalise CTS across the country.

Benefits of CTS to bank customers

CTS thus brings elegance to the entire activity of cheque processing and clearing. The benefits from CTS could be summarized as follows –

Step 1 – The Collecting bank (or branch) captures the data (on MICR band), and the images of a cheque using their Capture System (comprising scanner, core banking or other application)

To ensure security, safety and non-repudiation of data/images, end-to-end Public Key Infrastructure (PKI) has been implemented in CTS. 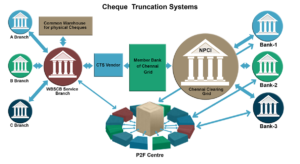 Government Adda - December 12, 2019 0
Molar mass is defined as the mass of one mole of a substance. The molar mass of a compound is equal to the sum...

All About Basic principles of lending