Directions (1-5): Dominos prepares Pizzas of three different types – Cheese, Onion and Chicken. The production of the three types over a period of six Months has been expressed in the bar-graph provided below. Study the graph and answer the questions based on it. 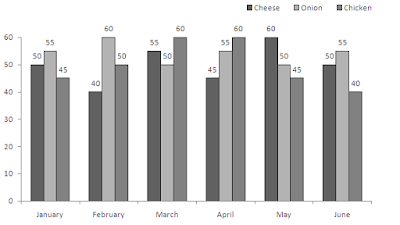 Q1. For which of the following Months the percentage of rise/fall in Order from the previous Month is the maximum for the Onion flavor?
(a) February
(b) March
(c) April
(d) May
(e) June

Q2. For which type was the average annual Order maximum in the given period?
(a) Cheese only
(b) Onion only
(c) Chicken only
(d) Cheese and Onion
(e) Cheese and Chicken

Directions (Q6 -10):  Study the following Graph carefully and answer the questions given below:
Preferences of People in Playing Different Games Over the Years (in Hundred) 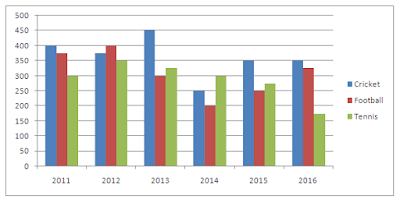 Q7. How many people have preferred to play Cricket in all the years together?

Directions (11 – 15): Read the given bar graph and answer the following questions. 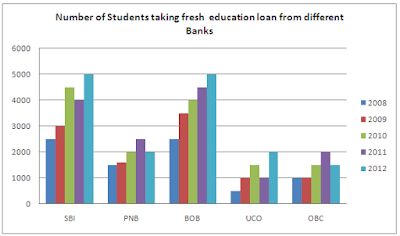 Q13. In which of the following years, the difference in no. of students taking the loan from Bank BOB from the previous year is highest?

Government scheme of the day