General Awareness play a vital role in all  Examination. we can expect  Questions from different Topics.In Banking and other competitive exams like RRB, CDS, LIC AO, RBI, SSC, UPSC, FCI, UIIC, OICL, SBI Clerks and PO the questions on Later Vedic period (circa 1200-600 c. BC) are being asked. Here we have given History study notes on Later Vedic period (circa 1200-600 c. BC)  for SSC CGL Examinations 2019-20 & other examination. Candidates those who are all preparing for the Examination can use this study material.

During the later vedic age, the Aryans thoroughly subdued the fertile plains watered by rivers Yamuna, ganges and sadanira. They crossed the Vindhyas and settled in Deccan, to the north of Godavari.

During the later vedic age, popular assemblies lost much of their importance and royal power increased at their cost. In other words, chiefdom gave way to kingdom. Formation of large kingdoms made the king more powerful. For all practical purposes, kingship became hereditary.

♦The vidhata completely disappeared. Sabha and Samiti continued to hold ground but their character changed and they were nor more representative of the will of the majority.

♦ Women were no longer permitted to attend the assemblies, which came to be dominated by nobles and brahmans.

♦Society in the later vedic age became increasingly complex and came to be divided into four Varnas –
Brahmanas, Kshatriyas, Vaishyas and Shudras.

♦Brahamanas: the growing cult of sacrifice enormously added to the power of Brahmanas, who performed various rituals and sacrifices for their clients. In the beginning, they were merely one of the sixteen classes of priests, but later on they overshadowed others.

♦Kshatriyas: they constituted the warrior class, Majority of the rulers belonged to this class.

♦Vaishyas: they were the agriculturists, cattle-rearers, traders, artisans and metal workers, which formed the bulk of population. In some texts, the Kshatriyas are represented as living on the tributes collected from the vaishyas.

♦Shudras: they were the lowest in social hierarchy and were meant to serve the supper three varnas.

♦Education began with upanayana was 8 years for Brahamana, 11 for Kshatriya and 12 for vaishyas.

♦Certain sections of artisans such as Rathakara or chariot – maker enjoyed high status and were entitled to the sacred thread ceremony.

♦In later vedic age, polygamy was prevalent and there were instances of child marriage.

♦The term Nagara appears for the first time in the later vedic age, showing faint beginnings of town life.

♦Towards the end of the vedic age, a section of society began to resent priestly domination. The Upanishads criticized the cult of rituals and sacrifices and laid stress on “Right Belief and Right Knowledge”.

♦They emphasized that knowledge of self (Alman) should be acquired and relation of Alman with Brahma (God) should be properly understood.

♦Deeds of one life affected the next. This gave the theory of Karma.

Famous King’s ceremony of this age 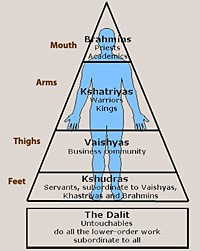 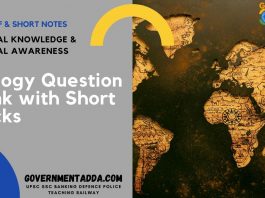 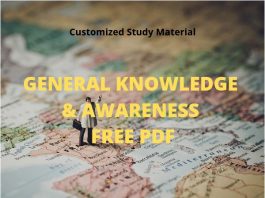