All remarks are feedbacks

Some feedbacks are words

No word is a digit

Some Feedbacks are definitely not digits.

All digits being feedbacks is a possibility.

All remarks being words is a possibility

At least some remarks are digits.

Some files are boxes

All boxes are carton

No carton is a plastic

No file is a plastic.

Some files are plastics.

Some desks are chairs

Some chairs are seats

No seat is a table

All desks can never be table

Some chains are definitely not tables.

All routes are ways

All ways are paths

Some ways are bridges

At least some bridges are routes

All routes being bridge is a possibility.

Puzzles Set-1:
Seven person A, B, C, D, E, F G likes seven colours. Yellow White Red Orange Blue Gray Black. They visit in different days starting from Monday to Sunday
1) A visits one day after Thursday.
2) Only 4 people are in between A and B
3) The one who likes Red colour visits immediately after B.
4) Only one person visit between Red and Blue
5) The one who like white colour visit before one of days on which day C visits
6) The one who like white colour does not visit on Monday.
7) Only 1 person is in between D and E. D like Yellow.
8) There are same as many person in between A and Blue colour which are one less in between B and C.
9) Neither G nor F likes Black.
10) G does not visit on Saturday and like grey colour .

D.1-5) Study the following graph and answer the given questions: 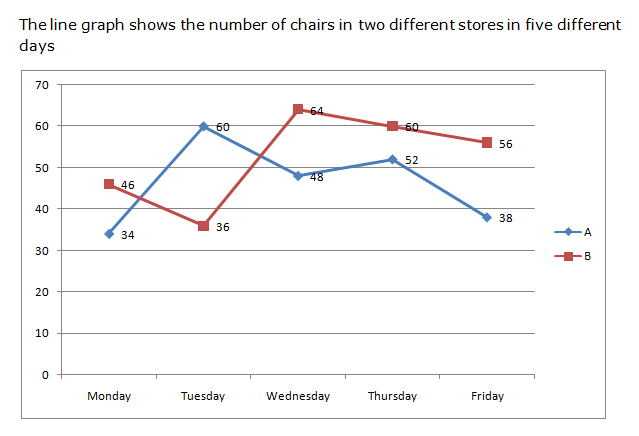 Q.4) If the number of chairs sold in store A and Bon Tuesdayis  and  respectively, what is the number of unsold chairs in both the stores together?

D.6-10) Study the following graph and answer the given questions:

Q.6) Find the total number of student’s participated dance competition in class VI and VII together

Q.8) What is the approximate average number of students participated dance competition in class VI, VII and VIII together? Direction: Read the given data and answer the following question.

Q.4 What is the total number students who participated in dance from all the classes?

Direction(1-5): In the question given below, there is error in one or more sentences. Please select the most appropriate option, out of the five options given for each of the following sentences, which, in your view, is grammatically incorrect or structurally incorrect.

Securitization- its process and advantages

ABOUT US
We provide all Govt Jobs Like Banking, SSC, FCI,UPSC, Railways and all other important government exams Study Materials, Tricks, Quizzes, Notifications, Videos etc.
Contact us: GovernmentaddaOfficial@gmail.com
FOLLOW US
© 2021 Governmentadda.com. All Right Reserved.
MORE STORIES
Memory Based Papers