This exam analysis has been provided based on the reviews shared by our GovernmentAdda users. If you come across any anomaly, do notify us in the comments section. We will update it at the earliest.

The quantitative aptitude section was of easy to moderate level. The topics which were covered in this section are listed as follows:

The English Comprehension was comparatively easy and the important topics asked in this section is listed as follows:

As per the students who faced SSC CHSL exam, the general intelligence and reasoning section was of moderate difficulty level. The important topics in this section are listed as follows:

General Awareness section to be difficult compared to the other sections of SSC CHSL tier – I exam. It was found that current affairs related questions (especially of January) were mainly asked than the static GK. 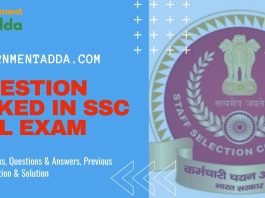 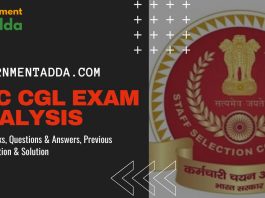